Following our exploration of Grade Selection, the effect of Melt Flow Index, Effect of Comonomer on Crack Resistance and Weather resistance, we now turn our attention to Thermal Stability in a 2 part blog post.

It is important that polyethylene resin has a broad processing window as it will melt and adhere to the mould easily, and it makes it less prone to oxidation, discolouration and loss of toughness in the field.

When unstabilized polyethylene is exposed to heat it will decompose or degrade quite quickly. The material will turn yellow/brown in colour and lose its strength and ductility. During the degradation process, the material undergoes two reactions. One is crosslinking, where polymer chains are joined to form larger molecules and the other is chain scission, where the chains are broken into smaller fragments. Both reactions occur at the same time, crosslinking having the predominant effect initially. This may be noted as a change in the melt flow index of the material.

Initially, the melt flow index may decrease as crosslinking increases the viscosity of the polyethylene. As exposure to heat continues the melt flow index will increase as chain scission decreases the viscosity of the polyethylene. In an air environment, oxygen plays a major role in the degradation reaction. The oxygen reacts with polyethylene breaking the chains and creating shorter molecules which contain oxygen end groups. The material is said to have been oxidized.

The next blog post will explore the use of antioxidants in even more detail, notably looking at why they are necessary to protect polyethylene.

Alkatuff is proudly made
by Qenos to suit the
tough Australian climate.

We're not around right now. But you can send us an email and we'll get back to you, asap. 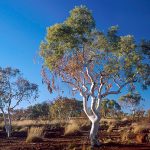 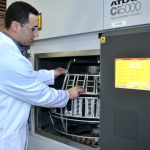